CALEDONIA — Haldimand Council got its first in-depth look at a major proposal for a new development that could see approximately 1,100 new homes built on two vacant lots situated near the Hagersville quarry, prompting a series of concerns raised by both councillors and the public.

Dubbed Sandusk Community, the development is being proposed by Empire Homes, who are also behind the massive proposed development in Nanticoke that is currently under review for a Minister’s Zoning Order from the Province.

Located on 192 acres of land on two lots, 2290 Sandusk Road and 59 King Street West that used to house an asphalt plant and quarry operations, the development will incorporate several elements, including a variety of housing, a public park, and a potential new school.

The eastern component will house most of the new houses, of which the majority are slated to be detached, with a smaller percentage of space on the eastern side reserved for sections of street townhouses and back-to-back townhouses.

The bulk of housing in the western component will consist of semi-detached homes and a variety of townhouse forms, in addition to a small portion of detached houses with backyards facing out toward the quarry pond.

In all, the anticipated yield for the development would include 1,134 new homes and 3,147 new residents.

“We have identified a number of concerns and issues that would need to be dealt with prior to any recommendation report coming forward to Council,” said Skidmore, listing water and wastewater capacity concerns, stormwater management, traffic infrastructure impacts, parking and on-street parking, natural heritage and tree protection, natural hazards, school capacity, and compatibility with surrounding uses such as from noise, vibration, odour, and more.

“To date, the concerns of the public largely mirror those of staff,” said Skidmore on the feedback the County has received so far.

Hagersville Councillor Tony Dalimonte raised a number of concerns: “Something like this will change the face of the community. That face is changing already, with some of the developments we’ve already seen.”

Dalimonte asked about a CN-conducted review and mitigation study on the proposal: “Is it conceivable that the result of that mitigation report could potentially scale this development back to some extent, or create a debate between the two parties that may have to go to the Province?”

Skidmore replied that the big issues for CN are vibration and noise, and that “the applicant implemented an open-space berm, which is about 25-metres wide. The berm they proposed was two-metres in height, CN’s standard is 2.5, so there will need to be changes in terms of the berm configuration.”

Skidmore said a bigger concern is the proximity of the development to the Hagersville wastewater treatment plant: “We are doing an ongoing review with respect to the impacts of introducing sensitive receptors in proximity to the wastewater treatment plant, and what measures may need to be taken by the proponent to ensure those sensitive receptors won’t introduce an incompatible land use configuration.”

Dalimonte also asked for clarification on the current wastewater and water capacity limits for Hagersville, and how the proposal would impact those limits, a concern brought up repeatedly in online discourse surrounding the proposal.

General Manager of Community and Development Services Mike Evers replied, “We have about 1,700 cubic metres of capacity available in the plant. What that translates to is roughly just under 2,000 homes. That’s what we have to work with for all of the available development lands in Hagersville, including this project.”

Evers continued, “The anticipated yield is about 1,110 units, but we know that number is going to come down because of some necessary changes that have to take place based on comments we’ve received.”

Evers said that County staff will start work this year on a Hagersville Master Servicing plan, looking at the needs of the community and approaches that could lead to additional capacity at the existing plant.

“We’re aware of the long-term pinch points and we’re working on a plan to address that,” said Evers, noting that upgrades to infrastructure to meet community growth is not an uncommon challenge faced by municipalities.

County CAO Craig Manley also chimed in on the issue: “We do not approve development that exceeds the capacity of our treatment plants…. If there are expansions or other improvements required by growth, those are funded by growth, not the taxpayer.”

Dalimonte’s next concern related to traffic, questioning whether the MTO would step up to the plate regarding needed roads infrastructure to facilitate the rapid population growth in Hagersville.

“They’re aware that most of the traffic that goes along Highway 6 is generated by Nanticoke, the industrial park, and tourism related traffic. It’s not from the development within Hagersville, but it’s going to affect the development,” he said. “We need to push back to them and remind them of this and tell them that Council is concerned.”

He continued, “We’ve tried and tried to talk to them about an arterial road around Hagersville…. Put a bypass around the community or pick an existing arterial road and beef it up to truck standards.”

Then, Dalimonte asked, “Can we stop this from happening?”

Skidmore replied, “The lands are suitable for development. When we receive a planning application, we have to evaluate it based on both our County policy, but also Provincial policy and Growth Plan policy that allocates a certain amount of growth to the county.”

Manager of Planning and Development Shannon VanDalen weighed in, “Point blank, I would say no, we can’t just stop development.… Hagersville is slated to see the second greatest growth in the county behind Caledonia, with an anticipated growth of 8,000 people as part of our 30-year plan.… We can’t just say no.”

Dalimonte and other councillors used this as an opportunity to comment on the municipal election, wherein some candidates have mentioned putting a stop to proposed developments such as Nanticoke as a major part of their platform.

“Let’s not mislead the people of Hagersville; nothing aggravates me more than candidates walking around making statements that they are going to stop this or going to stop that. That needs to be clarified,” said Dalimonte.

Empire Homes is planning to hold their own public open house on the proposal this fall/winter, while County staff will return to Council with a more in-depth look at the proposal in the future. For now, it is simply an information report, with a number of obstacles to be addressed before any shovels can be put in the ground. 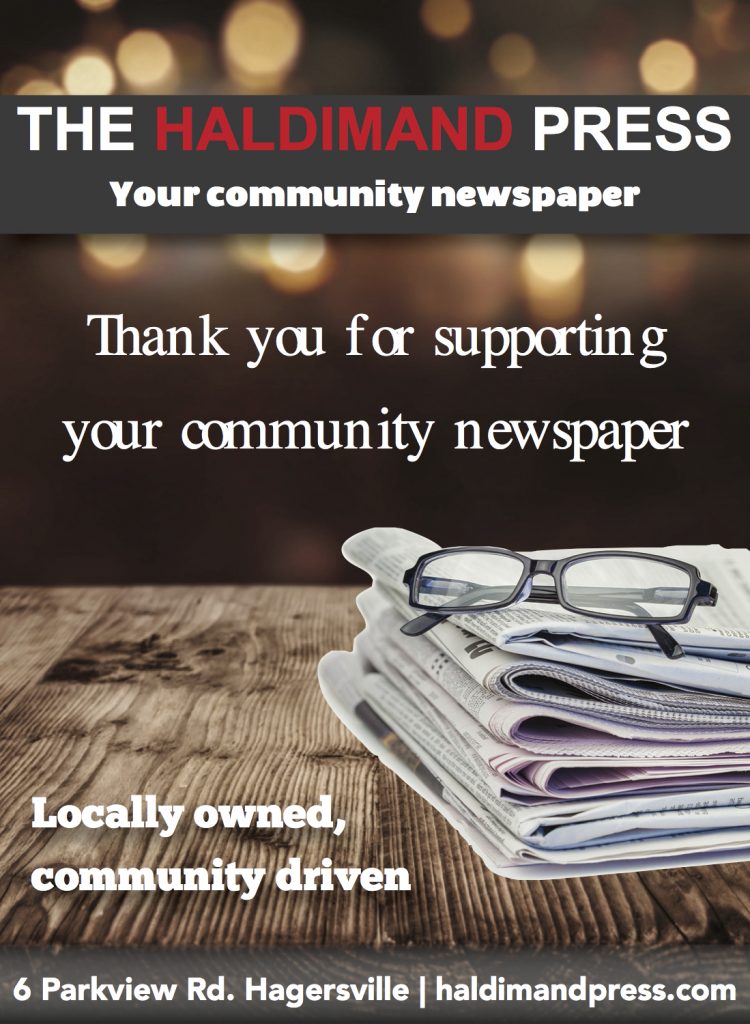